Brough Scott has dedicated over six decades of his life to racing and top level sport and is one of Britain’s most respected journalists and broadcasters.

A graduate of both Oxford University and of 100 winners as an amateur and professional jockey, he then for 30 years presented all the major races here and overseas as anchorman for first ITV and then Channel 4 Racing. In 2017 he returned to ITV Racing after a gap of 32 years prompting one viewer to comment: “They seem to have brought Brough Scott out of the deep freeze.” 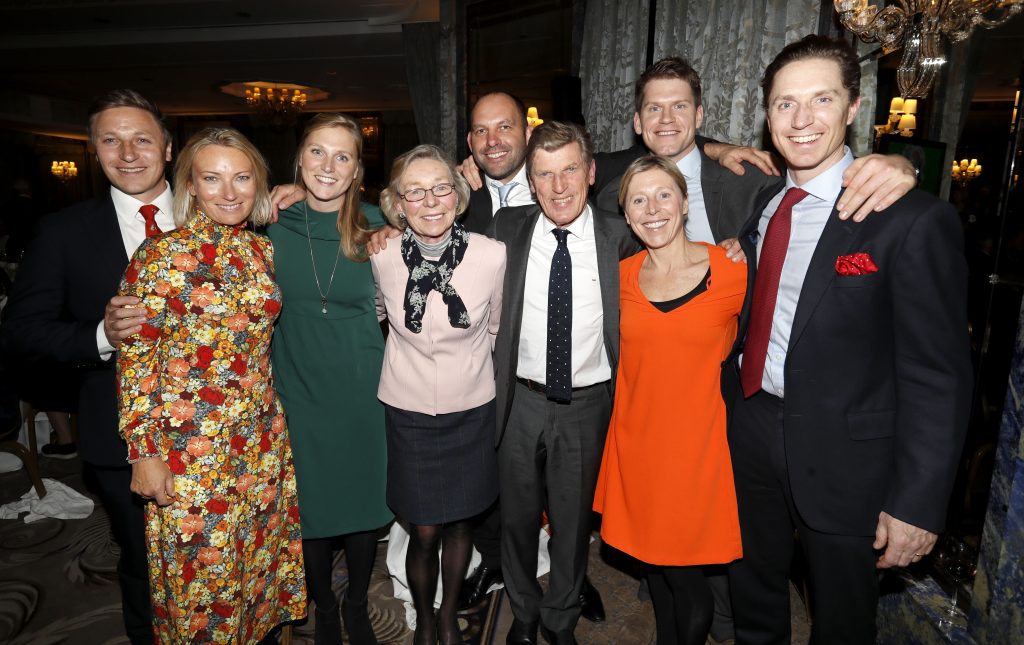 He has fronted many other programmes and documentaries including Thames Sport, C4’s Books by my Bedside and BBC2’s Cobbett’s Rides.

Due also to his resurrection of his grand-fathers book, Warrior, in 2014 the horse was posthumously awarded the PDSA Dicken medal, the animal equivalent of the Victoria Cross, to honour all animals that served in the First World War.

Brough and his wife Susie live in Surrey and they have four grown-up children and nine grand-children.

“I have been unfairly lucky in my career. But my greatest good fortune is having happiness in my family.”

As a journalist for the Sunday Times, Independent on Sunday and Sunday Telegraph, he has three times been Sports Feature Writer of The Year. He has covered Wimbledon, the Open, the Olympics, the Football World Cup, a Rugby Lions Tour and events as exciting as the British Surfing Championships in Jersey when the sea was flat. He also still contributes to the Racing Post which he founded with Sheikh Mohammed in 1986.
Articles

For 30 years he presented all the major races here and overseas as anchorman for first ITV and then Channel 4 Racing. In 2017 he returned to ITV Racing after a gap of 32 years.
Broadcast

Brough Scott has written ten books, and edited many more. These include ‘Galloper Jack’, the critically acclaimed biography of his grandfather, and the award-winning, ‘Henry Cecil: Trainer of Genius’. His biography of the equine pursuits of Winston Churchill, ‘Churchill at the Gallop’, published in 2017, is his most recent.
Books

Brough has long been involved with considerable charity work, most notably as a Trustee and then Chairman of the Injured Jockeys Fund for over 40 years. In 2009, he helped orchestrate and took part in the ‘Horses for Heroes’ ride with 600 others at Ascot racecourse raising over a quarter of a million pounds for Help for Heroes. He has - and continues to - chair multiple awards panels across the industry.